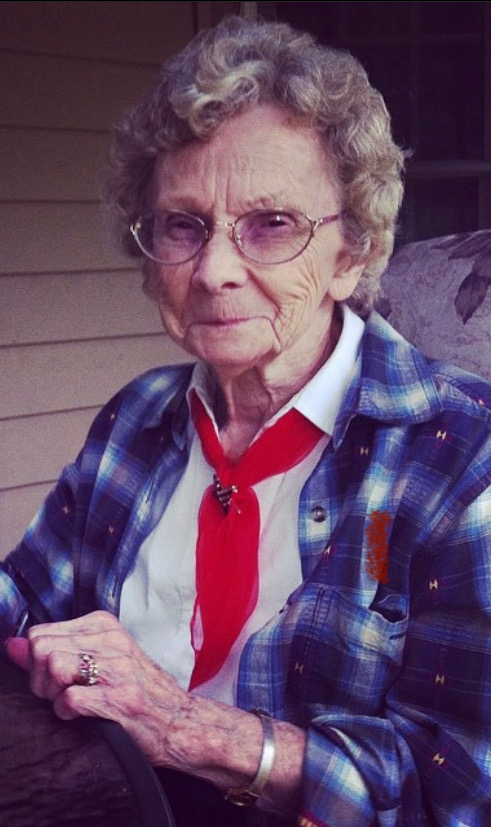 Adra Marie Hinebaugh, 99, of Oakland, died on April 7, 2020, at the Goodwill Mennonite Home in Grantsville, Maryland. Born November 15, 1920 near Swallow Falls, Adra was the daughter of the late Newton and Daisy (Hauger) Reams. In addition to her parents, Adra was preceded in death by a son, Michael Linn Hinebaugh and five siblings, brothers, Harland Reams and Hugh Reams, and sisters Hollice Sanders, Audra Hinebaugh, and Una George. Adra graduated from Oakland High School and worked as a waitress in Oakland following graduation. She married and lived in Oakland for several years, and subsequently moved back to the Swallow Falls area where she raised her three sons. She helped her parents, Newt and Daisy, operate Reams Store which was founded in the early 1920s. Following her parents’ deaths, Adra continued to operate the store until it was razed in 2001. She enjoyed spending time with customers, neighbors, and friends who gathered at the store to socialize and enjoy a piece of longhorn cheese, her famous sugar cookies, or her homemade bread. She was an avid Pittsburgh Steeler fan, a Big Ben Roethlisberger fan, and loved playing bingo. She is survived by two sons, James (Jim) C. Hinebaugh, Jr. and Francis (Dave) W. Hinebaugh; a sister, Nina Reams; eight grandchildren; six great-grandchildren, and many nieces and nephews. A private graveside service will be held for the immediate family. Plans are to conduct a public memorial service at a later date. The C & S Fredlock Funeral Home, P.A., Oakland is honored to be serving the Hinebaugh family at this time.

To order memorial trees or send flowers to the family in memory of Adra Hinebaugh, please visit our flower store.