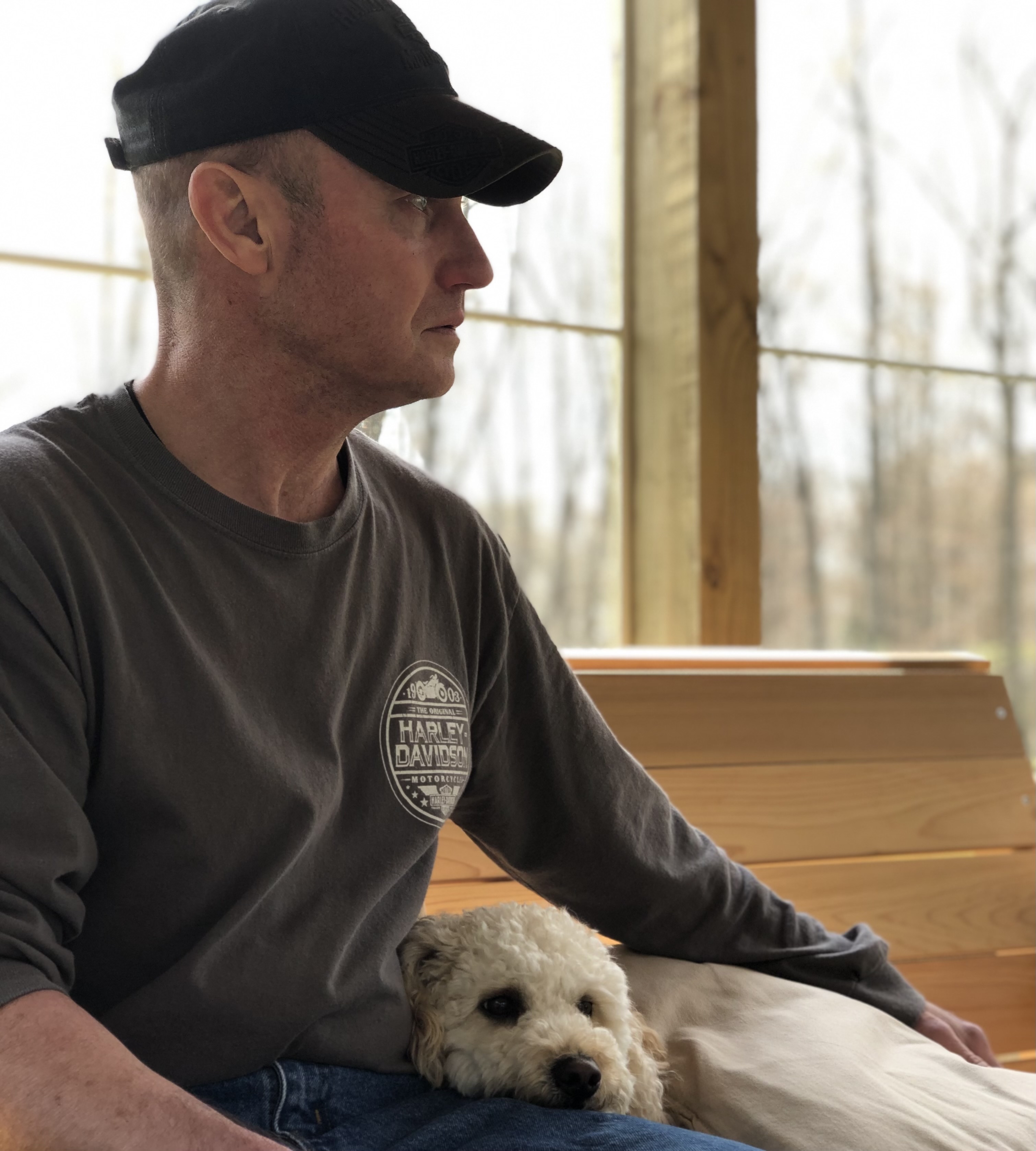 Tom learned early if you wanted to have anything in this life you needed to work for it.  He began as a young boy digging night crawlers and mowing lawns, and saved to buy his first car.  He went on to land surveying, timber cutting and worked with seasoned carpenters to eventually run his own construction business.  He also acquired the skills of finishing concrete and was an accomplished block, brick and stone mason.  His last venture was owner of a hardware store in Thomas WV.

Tom claimed his best experience was 23 years as a solider with the Army National Guard.  He was well loved and respected, and received  many awards for his dedication and service.  Tom was a passionate fisherman, liked to hunt and be in the woods and enjoyed riding his Harley.  He was well known for his kindness and mischief; his own unique brand of good natured, fun filled torture.

It was a long unbearably sad goodbye as Tom fought the devastation of Frontal Temporal Lobe Dementia.  As the disease progressed there were times he was aware of what was coming, and he faced it with courage and humility. Much gratitude and appreciation to the folks at Cherry Hill Assisted Living for their dedication and grace.

Tom is survived by his daughter, Bethany Ann Beeghly; a brother, Randy Beeghly; three sisters, Donna Schrier, Sandy Simpson, and Susan Beeghly; and nephews Jeff and Derek Beeghly, Alan Gnegy and Nathan and Eric Bendler.  He will be missed by countless friends and people whose lives are forever changed by having known him.  Tom professed to be a simple man.  We all know he was simply a good man.  Our loss is bearable knowing Tom is with God and at long last is resting in peace.

Friends will be received on Saturday, September 24, 2022, from 6 to 8 PM at the C & S Fredlock Funeral Home, P.A., 21 N. Second St. Oakland. A funeral service will be held on Sunday, September 25, 2022, at 1 PM in the funeral home with Pastor Carl Fike officiating. Interment will follow in the Gortner Cemetery.

The C & S Fredlock Funeral Home is honored to be serving the Beeghly family at this time.

To order memorial trees or send flowers to the family in memory of Thomas Beeghly, please visit our flower store.