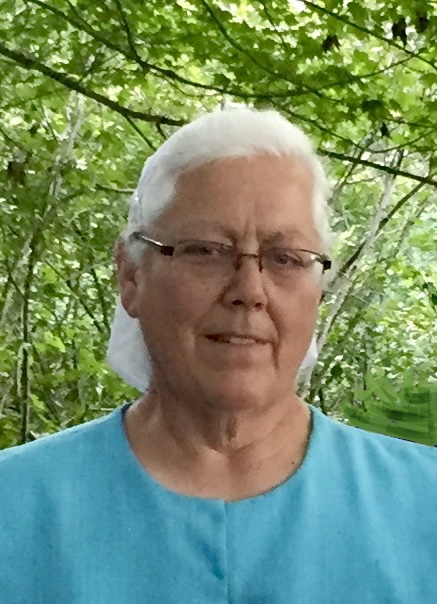 Cora Mae Yoder, 62, of Oakland, MD, went to be with her Lord on Tuesday, September 13, 2022, in her home lovingly cared for and surrounded by her family after courageously battling cancer for four years.  Born on June 1, 1960, she was the daughter of the late Ernest N. Schrock and Martha (Shetler) Schrock.  Cora was baptized in her youth upon the confession of her faith in Jesus and attended Bittinger Mennonite Church.  Cora's family was very important to her.  She dearly loved spending time with her children and grandchildren.  She was passionate about gardening, flowers and lawn care.  Cora loved to gather people together and hosted many people in her home.  She carried on the Schrock family legacy of hospitality that crossed many cultural barriers.  Cora is survived by her husband, John D. Yoder, to whom she was married on September 16, 1982, nearly 40 years ago; children, Amy married to Tim Swartzentruber of Oakland, Bethany married to Matthew Beachy of Free Union, VA, Michael married to Ruth Ann (Swartzentruber), Emily married to Thomas Swartzentruber, Abigail Yoder and boyfriend Titus Yoder, and Ryan Yoder, all of Oakland; grandchildren, Alivia, Erik, Kaitlin, Elena, Alex and Kari Swartzentruber, Nicolas, Mariah and Lydia Beachy, Alana and Jamison Yoder; three sisters, Miriam Schrock, Naomi married to Paul Yoder, and Barbara married to Samuel Yoder; two brothers, Calvin Schrock and Andrew Schrock married to Ruth (Miller), all of Oakland.  In addition to her parents, Cora was preceded in death by a son, Jason Yoder, and a sister-in-law, Irene Schrock.  Family and friends will be received at the Gortner Amish Church, 3271 Mason School Road, Oakland, MD on Thursday, September 15, 2022, from 2 to 4 and 5:30 to 8 PM.  A funeral service will be held in the church on Friday, September 16, 2022, at 10 AM with Ministers Dave Nisley and Kevin Coblentz officiating.  Interment will be held in Gortner Amish Cemetery.  The Yoder family would like to thank the staff from Hospice of Garrett County for the compassionate care given to Cora during her illness.  The C & S Fredlock Funeral Home, P.A., Oakland is honored to be serving the Yoder family at this time.

To order memorial trees or send flowers to the family in memory of Cora Yoder, please visit our flower store.